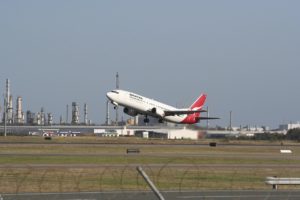 The entrance to the airport is situated in the suburb of Bilinga on the Gold Coast. The runway itself straddles five suburbs of twin cities across the state border of Queensland and New South Wales. During summer these states are in two different time zones. The Gold Coast Airport operates on Queensland Time all year round. 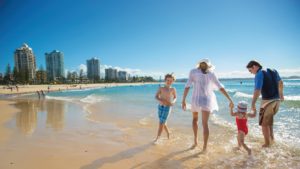 For the 2013–14 financial year, Gold Coast Airport was the sixth busiest airport in Australia, and the busiest outside a state capital, in terms of passengers and eighth in aircraft movements. It is also the third fastest growing airport in the country.