Westfield Garden City, better known as Garden City, is one of Brisbane’s major shopping centres, located in the suburb of Upper Mount Gravatt. The centre is operated by Westfield, and previously operated by AMP Limited before the takeover in 2003. The shopping centre currently has 520 specialty stores, cafes, restaurants and other services and food vendors.

Within the centre is a post office and a Brisbane City Council public library. Another notable feature of Garden City is the Town Square, which is an outdoor dining area featuring coffee shops, restaurants and a Megaplex cinema complex. 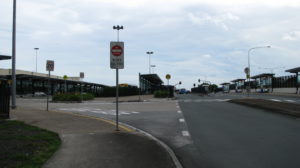 The Garden City Bus Station, at Westfield Garden City, is served by TransLink bus routes. It is part of the Garden City Shopping Centre and is a major interchange, connecting to the Upper Mount Gravatt Busway Station immediately below it on the South East Busway. It is in a transition precinct between Zone 3 and Zone 4 of the TransLink integrated public transport system.